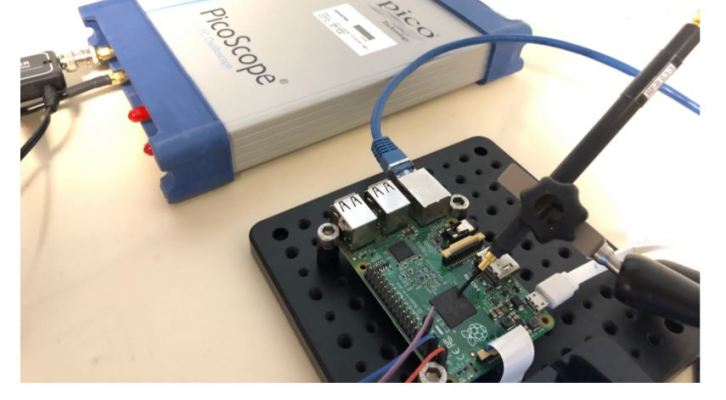 Cybersecurity researchers demonstrate how to use electromagnetic field emanations from IoT devices to detect malware.

A team of academics (Duy-Phuc Pham, Damien Marion, Matthieu Mastio and Annelie Heuser) from the Research Institute of Computer Science and Random Systems (IRISA) have devised a new approach that analyzes electromagnetic field emanations from the Internet of Things (IoT) devices to detect highly evasive malware.

The team of experts presented their technique at the Annual Computer Security Applications Conference (ACSAC) that took place in December.

The Internet of Things (IoT) devices are privileged targets of threat actors due to the lack of security requirements and the numerous customized firmware and hardware that make it difficult to propose a standardized approach to cyber security.

The researchers proposed a novel approach of using side channel information to identify malware targeting IoT systems. The technique could allow analysts to determine malware type and identity, even when the malicious code is heavily obfuscated to prevent static or symbolic binary analysis.

“In this paper, we concentrate on the ElectroMagnetic (EM) field of an embedded device as a source for malware analysis, which offers several advantages. In fact, EM emanation that is measured from the device is practically undetectable by the malware. Therefore, malware evasion techniques cannot be straightforwardly applied unlike for dynamic software monitoring.” reads a research paper published by the experts. “Also, since a malware does not have control on outside hardware-level events (e.g. on EM emanation, heat dissipation), a protection system relying on hardware features cannot be taken down, even if the malware owns the maximum privilege on the machine. Therefore, with EM emanation it becomes possible to detect stealthy malware (e.g. kernel-level rootkits), which are able to prevent software-based analysis methods.”

Experts pointed out that the approach does not require modifications on the target devices.

“We monitor the Raspberry Pi under the execution of benign and malicious dataset using a low to mid-range measurement setup. It consists of an oscilloscope with 1GHz bandwidth (Picoscope 6407) connected to a H-Field Probe (Langer RF-R 0.3-3), where the EM signal is amplified using a Langer PA-303 +30dB.” continues the paper. “To capture long-time execution of malware in the wild, the signals were sampled at 2MHz sampling rate.”

The collected data is very noisy for this reason the researchers needed a preprocessing step to isolate relevant informative signals. This relevant data was used to train neural network models and machine learning algorithms to classify malware types, binaries, obfuscation methods, and detect the use of packers.

The academics collected 3 000 traces each for 30 malware binaries and 10 000 traces for benign activity. They recorded 100,000 measurement traces from an IoT device that was infected by various strains of malware and realistic benign activity.

The test conducted by the researchers demonstrated that they were able to predict three generic malware types (and one benign class) with an accuracy of 99.82%.