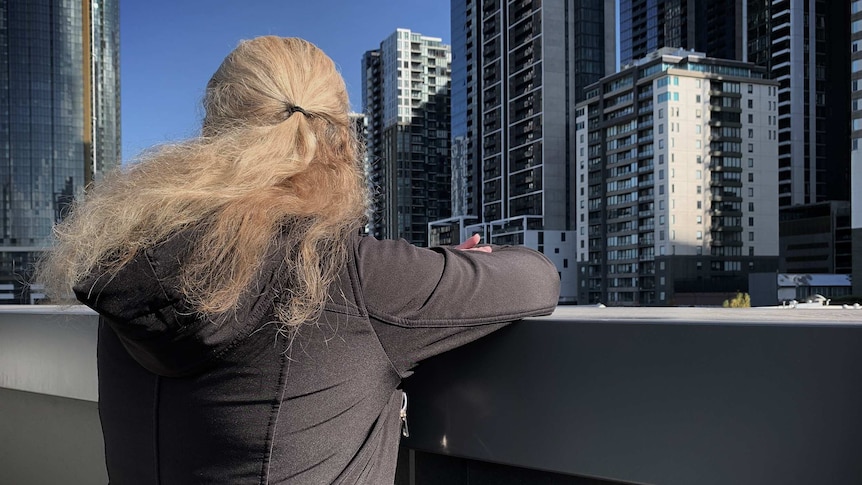 A survivor of police-perpetrated family violence was badly failed by Victoria’s anti-corruption watchdog when it handballed her complaint about systemic failures in the force back to Victoria Police for investigation, the Victorian Inspectorate has found.

The Victorian Inspectorate (VI) has made four recommendations detailing how the Independent Broad-based Anti-corruption Commission (IBAC) could improve its handling of police complaints.

Significantly, this is only the second time that the VI has tabled a public report since it was formed a decade ago.

The inspectorate said “the issues with IBAC’s handling of [Michelle’s*] case are so serious and long running, and the consequences so devastating, that it is worthy of consideration and public comment”.

IBAC disputed the VI’s findings. However, it accepted the four recommendations outlined in the report, while flagging concerns about the resources needed to pursue more investigations.

Michelle first spoke to the ABC in 2020, outlining serious concerns about the way her allegations of family violence against her former police officer partner John* had been handled by Victoria Police.

It was after a significant act of family violence in 2018, where Michelle was physically assaulted and strangled until she was unconscious while her two young children were at home, that John’s behaviour first came to the attention of law enforcement.

“In the period that followed, [Michelle] experienced a police response that was riddled with problems,” the VI’s report said.

Michelle first complained to IBAC about the police response to her case after she discovered her escape plan had been leaked, putting her life and the lives of her children in danger.

The VI previously recommended that all IBAC’s referral decisions were supported by “recorded analysis” as to why the allegations must be referred to the chief commissioner of police for investigation, rather than being investigated by IBAC.

It appears that did not happen in Michelle’s case. Michelle’s son was also a victim of domestic violence at the hands of her former partner.(ABC News: Michael Barnett)

Despite Michelle’s complaint clearly setting out concerns about her family’s safety, systemic issues and potential police corruption, the VI found IBAC referred the allegations back to police without an explanatory note.

“IBAC did not appear to recognise or address the systemic issues (e.g., the need for divisional separation) and serious conflicts of interest raised in the initial complaint to IBAC until two years later when it reconsidered its draft review,” the report said.

“This occurred after the matter was reported in the media and [Michelle] had directly emailed the IBAC Commissioner.”

The VI found Michelle was exposed to further harm by her then-partner due to IBAC’s actions and that she was denied justice because delays in investigating her complaints meant the statute of limitations for possible charges against police officers had passed.

Despite being responsible for police oversight, the report said IBAC only investigated about 2 per cent of serious police misconduct complaints, with the rest referred to police for investigation.

“This is despite IBAC’s own 2016 and 2018 reports into Victoria Police’s complaints handling at a regional level and by Professional Standards Command (PSC) highlighting serious issues, including failure to adequately identify and manage conflicts of interest,” the report said.

IBAC’s handling of complaint ‘as bad as the abuse’

Speaking in the wake of the VI’s report, Michelle said dealing with IBAC had “been as bad as the abuse itself”.

“They didn’t do their jobs, they didn’t take the risk to me seriously,” she said.

“They just referred [the complaint] back to Victoria Police without considering the risk, and even when I drew those risks to their attention … they didn’t care and they literally told me they had better things to do.

She said the VI’s most shocking finding was that 98 per cent of complaints against officers were referred back to Victoria Police.

Jeremy King, principal lawyer at Robinson Gill, said IBAC was not fit to deal with complaints against police and an independent ombudsman was needed.

“I think what the report shows are the systemic structural and cultural issues at play with IBAC and why IBAC is not fit to conduct police complaints going into the future,” he said.

“The issue of police misconduct within Victoria has been something that has corroded the community’s faith and confidence in Victoria Police over decades — it cannot wait any longer.

“We need a police ombudsman now.”

The VI made four recommendations:

“When the recommendations are implemented, victims of family violence perpetrated by police officers can feel safer in approaching Victoria Police and, should issues arise in the police handling of the matter, IBAC,” Inspector Eamonn Moran said.

IBAC deputy commissioner Kylie Kilgour said the commission would accept the recommendations but said with limited resources there would be limits on how many investigations it could pursue.

“Without government reform to IBAC’s jurisdiction and funding, which we would welcome, IBAC has little choice but to refer matters such as [Michelle’s] to Victoria Police,” she said in a statement.

“Through the government’s current review of Victoria’s police oversight system, IBAC has advocated for stronger powers to respond to and support victims of police misconduct.” She also criticised the way the VI conducted the review.

“The Inspectorate’s report does not accurately or adequately reflect IBAC’s role and the limitations of the police oversight system in which we operate, and it therefore misses an opportunity to make meaningful recommendations for reform,” she said.

Michelle said the problem was not simply about IBAC’s funding, but “also about mismanagement”.

“IBAC doesn’t have the skills to deal with family violence,” she said.

She called for an independent police ombudsman to deal with complaints against police.

“I think we would then see police accountability, which we don’t have at the moment,” she said.

“No one’s been held to account for what happened in my case.”

Government says it will ‘seek to do better’

“Sometimes that’s about money — we’ve got that covered in terms of a very big budget — but it’s also about attitudes, practice and culture,” he said.

“We will look at the findings of this and seek to do better.” 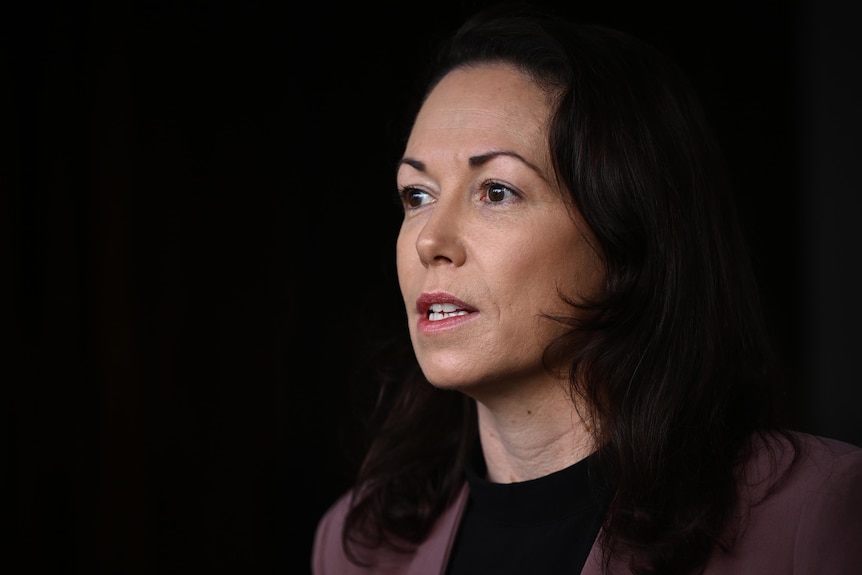 Victorian Attorney-General Jaclyn Symes flagged reforms for after the November state election, if Labor was re-elected.

“In principle the IBAC commissioner has indicated that they accept all the recommendations in that report,” she said.

“We want to make sure that we have an oversight system that Victorians can have public confidence in and we know that we need to be complaint-focused in relation to a new model.

“We’ll have more to say hopefully after the election in relation to changes in that regard. But it is well advanced and we want to make sure we get it right.”