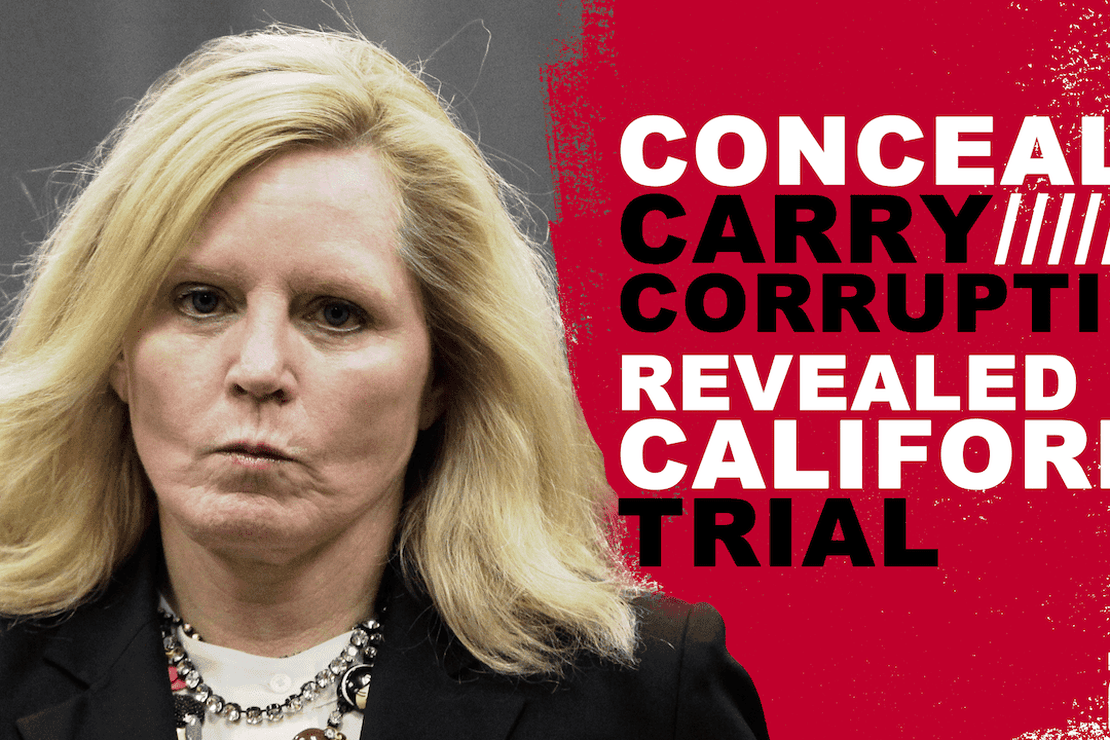 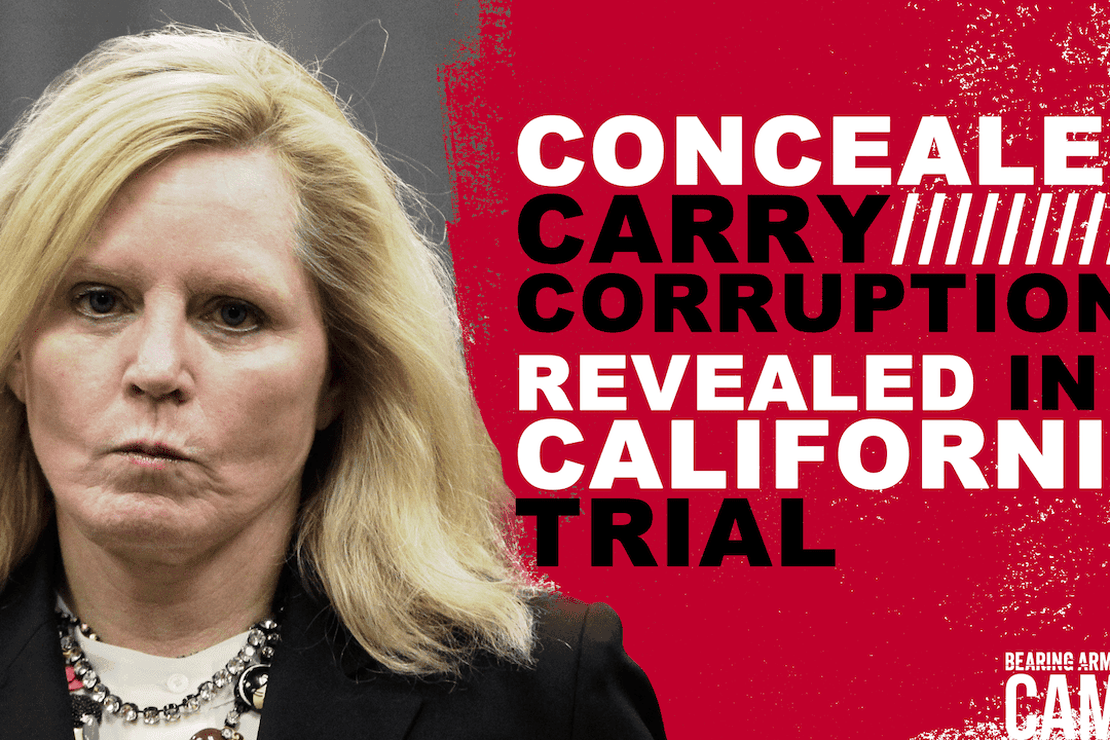 The civil trial against Santa Clara County Sheriff Laurie Smith, who is accused of using her position to grant concealed carry permits to favored individuals (including donors), has revealed some ugly truths about “may issue” carry laws and the corruption and graft that they fuel.

Today is the start of the second full week of testimony in Smith’s trial, which would result in her being removed from office if found guilty of any of the civil charges levied against her. Two of her top deputies are also facing criminal charges in the permitting scandal, in which well-connected and deep-pocketed associates and donors to Smith’s re-election campaigns were allegedly given rarely-granted concealed carry permits while ordinary and unconnected applicants waited in a legal limbo and sometimes never even received a reply from the sheriff’s office.

While Smith has said little publicly about the charges and invoked her Fifth Amendment right against self-incrimination while testifying before a grand jury investigating the sheriff’s office, witness testimony from the first week of trial painted a picture of a two-track system for concealed carry permit applicants; one for powerful and wealthy individuals who might be useful to the sheriff, and another for everyone else.

One corporate titan who took the stand this past week readily admitted that he had no pressing safety need for a hard-to-get concealed-carry weapons license from the county, explaining only that “it seemed like a cool thing to have.”

Chris Malachowsky, founder of chipmaker Nvidia, testified Monday that when he filled out an application in 2014, he left blank the “good cause” section articulating his need for a CCW permit, which at the time was required by the county and was an essential field used to evaluate who received a license. Malachowsky, who is a strong Smith supporter and donor, got a permit anyway.

Meanwhile, two criminal-defense attorneys with no real ties to or known support of Smith, and who reported serious and violent threats made to their lives, testified about applying for the gun permits in the past decade. They described getting the runaround from the agency, being sent a form response citing the excuse of a huge application backlog, or getting no response despite multiple attempts at follow-up. Sometimes they experienced all three.

One of those attorneys said she applied for the third time last year, only to be stonewalled again. She added that the violent threat she faces from a former spouse  “continues today.” During that same period, Malachowsky testified, he never used his CCW permit, and let it lapse because he “didn’t like the responsibility of it.”

Let’s say that there wasn’t any corruption or graft involved here. Does that make this two-tiered system better or worse? Not even the most ardent gun control activist could make the case that there’s anything fair or just about the process in which Santa Clara County residents are able to access their right to bear arms in self-defense, yet this is the exact system that they fought to keep in place in New York State Rifle & Pistol Association v. Bruen, arguing that this type of discretion was vitally important to protect the public safety.

Instead, as we’ve seen, allowing law enforcement the subjective power to decide who’s special enough (or has good enough character) to exercise their right to bear arms prevents many responsible gun owners from being able to protect themselves. And this type of graft and corruption isn’t only a California problem. It wasn’t long ago that the New York Police Department’s licensing bureau had a licensing scandal of its own; one that bears a striking resemblance to the allegations in Sheriff Smith’s trial.

David Villanueva, an ex-supervisor in the NYPD’s License Division, said he and other cops — including officers Richard Ochetel and Robert Espinel and Lt. Paul Dean — were on the take for years from so-called gun expeditors.

In exchange, the officers doled out pistol permits like candy — even to people who should not have had them, Villanueva said.

One expeditor, he said, may have had ties to organized crime. Another got help with 100 gun permits over the years — “none” of which should have been approved.

Villanueva gave the testimony at the Manhattan federal court trial of John Chambers, a self-described gun lawyer to the stars accused of plying Villanueva with lavish gifts, including an $8,500 diamond-studded watch and tickets to Broadway shows, in exchange for gun permits.

Removing the ability of law enforcement to subjectively determine whether someone can exercise their right to bear arms removes the opportunity for bribery and corruption. It’s the right thing to do from a constitutional perspective, of course, but even those who would prefer to pretend that the Second Amendment doesn’t really protect an individual right to possess and carry guns for self-defense should be able to recognize the benefit that “shall issue” systems have in terms of keeping our government bureaucrats and law enforcement officials honest.

My guess is that most of them simply don’t care; that their hostility towards the right of the people to bear arms far outweighs any desire for clean and honest government they might have. We certainly haven’t seen any gun control groups speak out publicly against the alleged corruption in the Santa Clara County Sheriff’s Office, probably because they don’t want to draw any attention to the fact that once again their favored policies have been used to deprive the vast majority of ordinary citizens from protecting themselves while benefitting the powerful and privileged few.