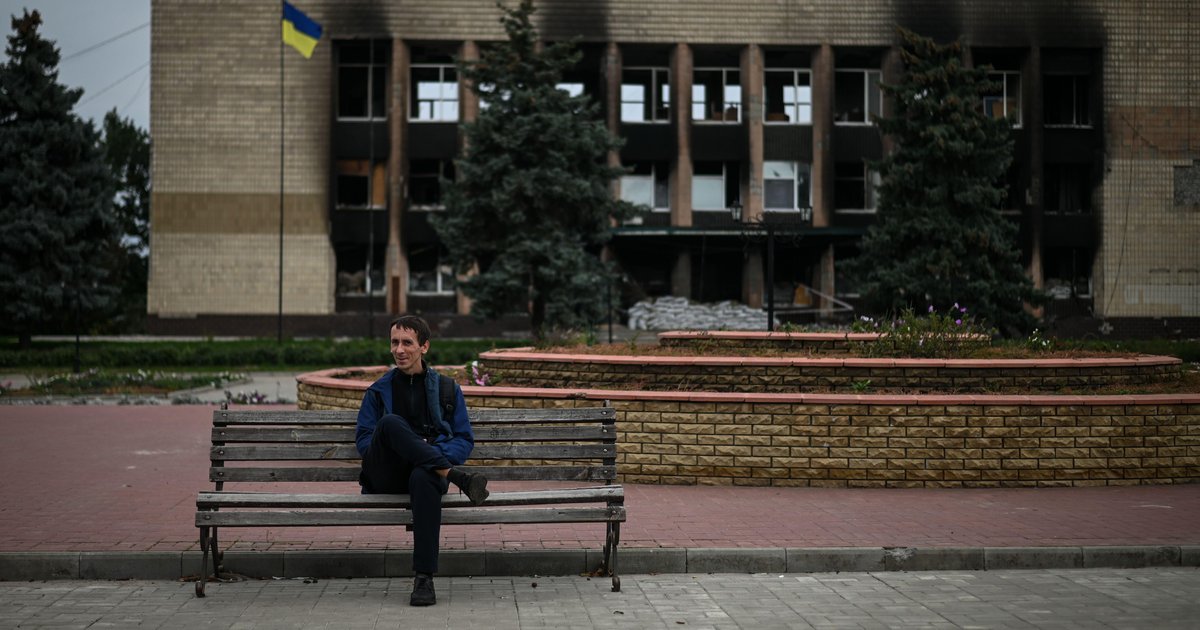 “This is the tragedy of Izium, that the occupation took place in this way. This affected the ability of the residents to leave. During one evacuation, despite an agreement with the Russians, they started bombing the evacuation convoy,” Matsokin recalled.

Part of the uncertainty over evacuation in March and April can be attributed to the fog of war and the inevitable confusion that arises from living in a warzone – which was magnified by Russian disinformation.

“Undoubtedly, Russians played on people’s emotions and uncertainty. Because March was very difficult for all residents here. There was nothing to eat, it was cold, there was no communication or way to receive any information,” Matsokin said.

Matsokin acknowledged it was easy to develop feelings of abandonment and the impression that residents ‘had been left behind’. “These experiences remain in people’s minds. And that’s why they start looking for someone to blame for why this happened,” he said.

Matsokin firmly refutes the rumour that the local government did little to help residents escape. Ultimately, he said, about 20,000 of Izium’s 35,000 pre-war population (about 58%) managed to leave, either on their own or on buses organised by the city.

But the damage done to the reputation of Marchenko, Izium’s mayor, remains – and is complicating his efforts to rebuild a shattered city that only recently regained running water, electricity and mobile phone reception.

The power of Russian propaganda

One local resident – who asked openDemocracy to refer to her as ‘Maria’ out of fear for her safety – explained that during the Russian occupation locals “lived in a complete information vacuum”.

News occasionally filtered into the city from those who managed to return – to check their homes or relatives – and via an extremely intermittent phone service. The only other option was to consume Russian-controlled newspapers and radio.

The 21 July edition of the Izium Z newspaper, for instance, is full of articles praising Russian humanitarian efforts.

One article asserts that financial difficulties experienced by residents before Russia’s invasion have evaporated: “Now there is no reason to worry about money: everything is provided for free by Russia.” Life under occupation has changed “for the better”, the newspaper claims.