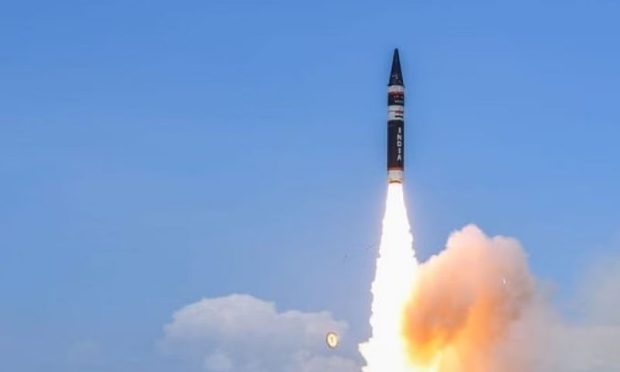 The sleek missile was test fired from a mobile launcher from the APJ Abdul Kalam Island around 9.45 am, they said.

The solid-fuelled canisterised missile met all mission parameter during the test, they added.

All its navigation was tracked and monitored by radars and telemetry equipment positioned along various points, the officials said.

The last trial of the missile was conducted on December 18 last year from the same base, which was also successful.