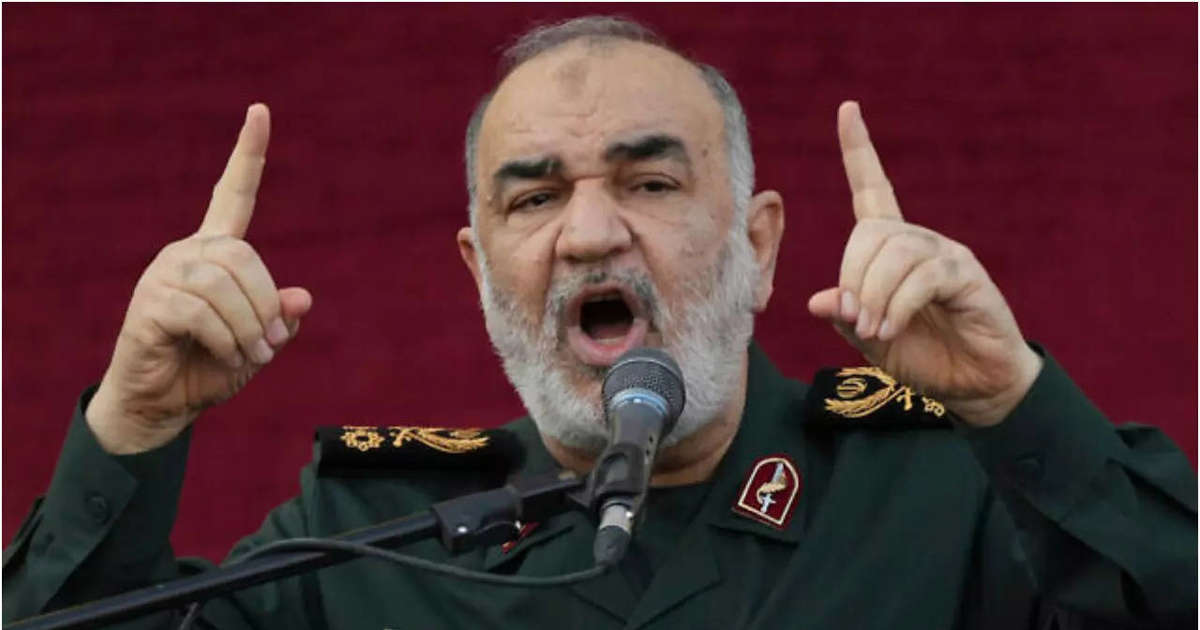 Tehran: The head of Iran’s powerful Islamic Revolutionary Guard Corp (IRGC) on Saturday issued a stern warning to protesters as more students took to the streets. Guards commander Hossein Salami warned protesters that Saturday would be their last day of taking to the streets, reported news agency Reuters.

“Do not come to the streets! Today is the last day of the riot,” the Guard commander said as quoted by the news agency. Salami blamed the United States and Israel for the protests that erupted after the death of 22-year-old Kurdish girl Mahsa Amini in the custody of the Iranian morality police.

Salami further added that protesters should not sell their honour to America. “don’t slap the security forces who are defending you in the face,” reported Reuters quoting the Guards head as saying.

Earlier in the day, reports of fresh bloodshed and renewed protests erupted across Iran. As per the Human rights group Hengaw, security forces shot at a girls’ school in the city of Saqez. Meanwhile, the human rights group, in another post, said that security forces opened fire on students at a medical university in Sanandaj. Notably, Sanandaj is the capital of Kurdistan province.

The IRGC reports directly to Supreme Leader Ayatollah Ali Khamenei. The force has a track record of crushing protests in the past. However, the Revolutionary Guards have not been deployed since the outbreak of protests after Amini’s death. According to the activist HRANA news agency, at least 272 protesters had been killed as of Friday.

Amini was arrested by the morality police on September 13 for not wearing her headscarf properly as some of her hair was reportedly visible. She collapsed after detentions and went into a coma. Amini died on September 16. Protests rocked Iran after her death.