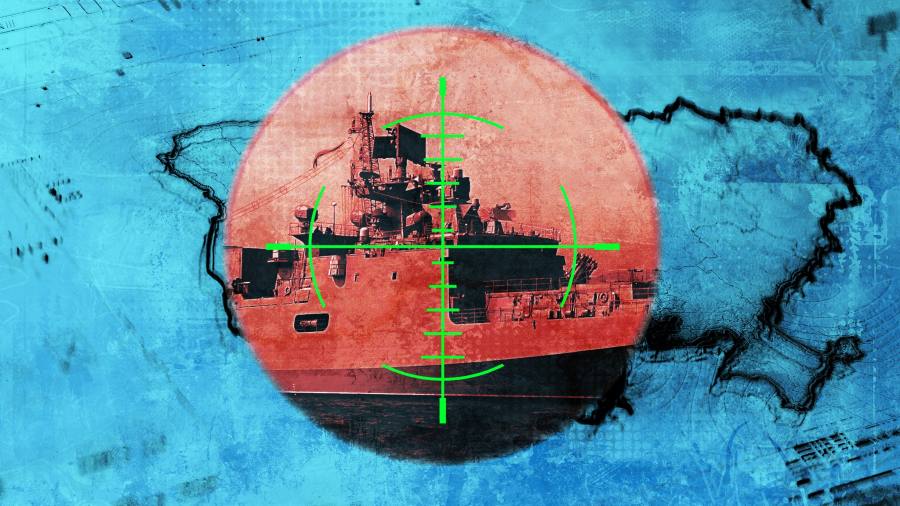 An audacious assault by unmanned exploding boats on Russia’s Black Sea fleet over the weekend has further exposed Moscow’s military’s shortcomings while ushering in what some analysts said was a new era of naval warfare.

Russia said the raid on the Sevastopol naval port involved seven maritime and nine aerial drones and claimed to have intercepted all of them, though it admitted minor damage to a minesweeper and its harbour protection system. But naval experts said the attack, seen in unverified footage, demonstrated Ukraine’s skill at harnessing new technology, some of it readily available, to offset Russia’s superior firepower.

The long-distance attack by multiple unmanned explosive boats that penetrated a supposed protected harbour provided a “glimpse into the future of naval warfare”, said H I Sutton, a defence analyst.

Videos posted online showed floating maritime drones — known in naval jargon as unmanned surface vessels — homing in on their targets, including a Grigorovich-class frigate thought to be the Admiral Makarov, the flagship of Russia’s Black Sea fleet. Other footage showed drones coming under cannon fire as Russian forces frantically tried to thwart them.

There were reports on Russian social media that the Makarov, which appeared in some online videos to be at sea, was damaged, though Ukrainian claims that several vessels were sunk were probably wide of the mark, analysts said.

Another clip appeared to show a USV inside the port, rapidly switching direction as if looking for a target. Russia said Kyiv prepared the USV attack in Ochakiv, a Ukrainian coastal town about 270km north-west of Sevastopol, suggesting the drones had a remarkably long range. Kyiv, which lost most of its navy when Moscow annexed Crimea in 2014, has a policy of maintaining ambiguity over its involvement in such attacks, but several analysts said it was almost certainly behind the raid.

“A country with no operational navy has overwhelmed a superior enemy at its home base,” Ville Vänskä, a Finnish naval infantry commander, said on Twitter. “Now the war in Ukraine has made unmanned [vessels] an integral part of naval warfare.”

Unbelievable footage from one of the marine drones used in the attack on Russia’s Black Sea Fleet in Sevastopol.

The Sevastopol drone attack was the latest in a series of striking operations launched against Crimea and Russia’s military assets — on each occasion exploiting gaps in Russian defences by using homegrown Ukrainian technologies.

In April, Ukraine sunk the Moskva, a missile cruiser and the flagship of Russia’s Black Sea fleet at the time, using a locally developed anti-ship missile. In August, huge explosions thought to have been caused by a new Ukrainian ballistic missile destroyed several Russian fighter jets parked at a Crimea air base.

Last month a large blast — which Russian officials blamed on a truck bomb — partially demolished a bridge over the Kerch Strait connecting Crimea with the Russian mainland, a crucial supply line for Moscow’s forces.

While no Russian ships appear to have been sunk in the maritime drone attack, it had a “strategic implication”, Sutton said.

“It makes Sevastopol feel less and less safe. And that is going to influence how the Russian navy deploys its warships going forward,” he said.

Russia pulled its ships farther back from the Ukrainian coast following the Moskva sinking and, according to British intelligence, also moved its Crimea-based submarines eastward to southern Russia after the airfield bombing.

The strike also forced Moscow to suspend its involvement in the Black Sea grain export deal after the attack. 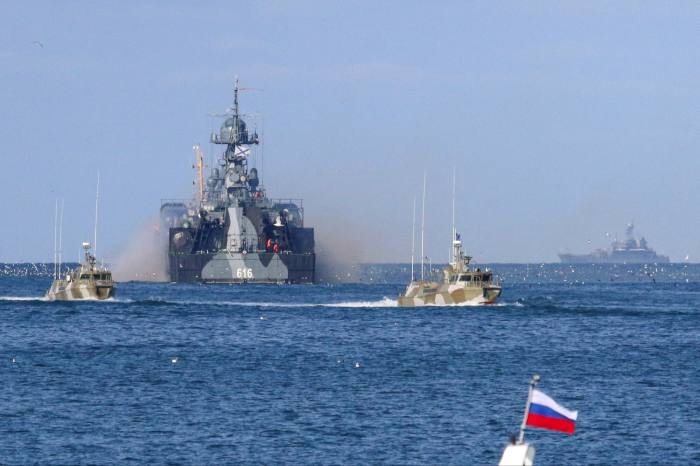 Unmanned boats have been used as weapons since at least the fire ships of ancient Greece. Unmanned vessels were used in the first and second world wars. More recently, Iran-backed Houthi rebels in Yemen have used modified power boats to attack Saudi vessels. Many navies have developed USVs, although often for intelligence-gathering and defensive purposes.

Alessio Patalano, a professor of war and strategy at King’s College London, said that while the Sevastopol raid was “the opposite of a novelty”, he wrote on Twitter that the attack demonstrated Ukraine’s ability to use relatively smart, off-the-shelf technology to record limited operational successes, exploiting Russia’s vulnerabilities.

The lack of Russian anti-drone defences is all the more remarkable because its navy received a warning of the new threat when an exploding drone washed up on the shore near Sevastopol in September. Footage of Saturday’s raid featured the same kayak-sized vessel.

Russia accused Britain’s Royal Navy of helping to prepare the drone raid, which the UK ministry of defence dismissed as “false claims of an epic scale”.

Britain, like the US and Germany, has provided Ukraine with USVs for coastal defences. But the images of the drone washed up in September suggest a more homegrown design. It appeared to be equipped with a propulsion system from a popular Canadian jet ski brand and a Soviet-era detonator. 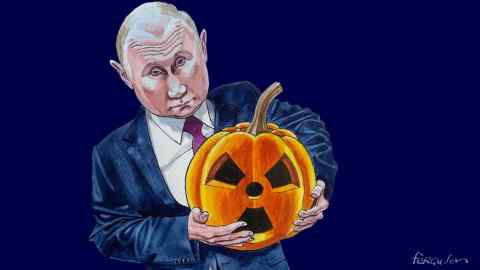 Even the navigation technology used to locate targets would be readily available for amateur drone makers, said Samuel Cranny-Evans, a military analyst at the UK think-tank the Royal United Services Institute.

“Theoretically it would be quite simple to program a marine drone to target a specific Russian vessel. That would be well within the technological capacity of a country as tech-literate as Ukraine,” he said. “War is always a great driver of innovation.”

He cited an Amazon product manager who designed a cat flap fitted with machine vision technology that would stop his pet cat from bringing half-dead prey inside his house. “The bottom line is that a lot of [autonomous] technology is very accessible, so we should expect more of these autonomous weapons,” he said.