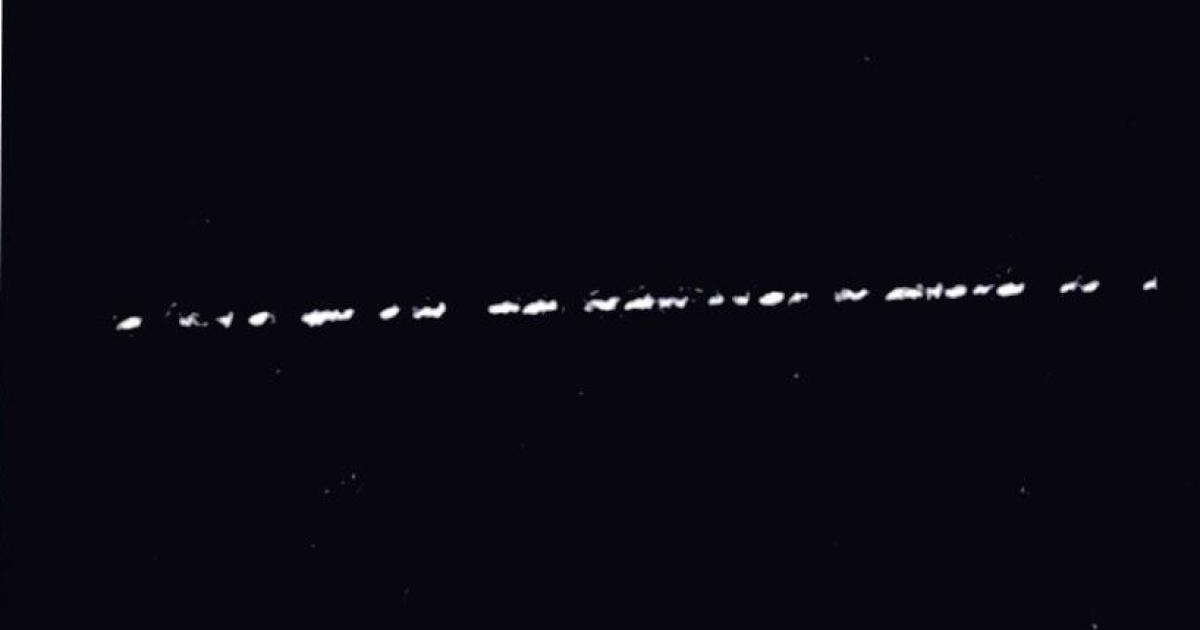 In a rare inexplicable phenomenon, people in Madurai’s Usilampatti district spotted a strange flying train-like object in the night sky. Soon after the object was spotted, the locals were baffled over what caused the mysterious lights and posted videos and images of the same on social media. Some found it a celestial event while others termed it ‘strange’.

In the video which has now gone viral on social media, people can be heard wondering and being amazed by the sight of the flying train. In the footage, several men can be heard asking what the flying object was and exclaiming at the sheer beauty of the sight.

Watch the video below:

Upon investigation, it was found the visuals were of Elon Musk’s SpaceX’s Starlink satellite cluster.

Starlink is the name of a satellite network developed by Elon Musk’s spaceflight company, SpaceX, that aims to provide internet access in remote locations. There have been multiple incidents of Starlink satellites being seen in different parts of the world.

A similar sighting was seen in Uttar Pradesh’s Farrukhabad last month. The incident was reported on September 13, and a day later, it was identified as a Starlink-51 satellite train.

On September 4, Musk-owned SpaceX had sent a space tug aloft along with another big batch of its Starlink internet satellites.

SpaceX has, so far, sent over 3,000 Starlink satellites into orbit, in an effort to create a huge constellation for broadband service targeted for remote areas.