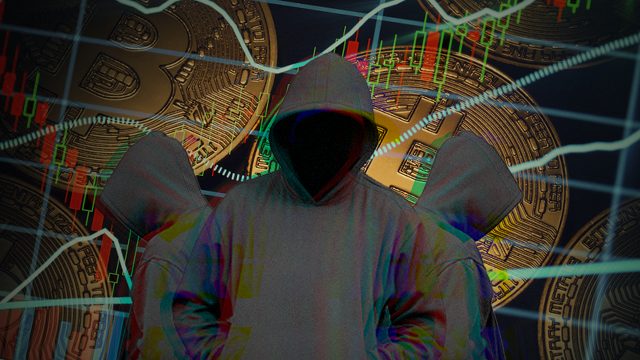 ‘In recent years, fraud has become more diverse and sophisticated, and scammers are working in new and constantly evolving ways’

Fraud is disrupting people’s livelihoods in the postpandemic era

The internet is very much part of daily life in the post-pandemic world. Working, studying, shopping, and conducting other transactions online have become commonplace. But the digital financial services that have developed from these activities are an easy target for criminal organizations and have also made investigating crime more complicated for the police.

In 2021, Taiwan reported fraud-related losses of NT$5.61 billion (equivalent approximately to US$186 million), indicating that fraud has seriously damaged national economic development. There is little doubt that fraud poses a formidable challenge to countries worldwide.

In recent years, fraud has become more diverse and sophisticated, and scammers are working in new and constantly evolving ways. Schemes involving cryptocurrency — recently a hot commodity — have inflicted heavy losses on victims. When Taiwan’s police investigate cases, they often encounter difficulties arising from the fact that servers, recipient accounts, and cryptocurrency exchange platforms used by perpetrators are based overseas. This prevents officers from stopping the transfer of money in time to help the victims and makes it more difficult to track down suspects.

The inflow of profits from fraud and other illegal activities involves money laundering, tax evasion, and other crimes that undermine domestic financial regulatory systems and erode the sovereign authority of governments. Police cooperation between Taiwan and other countries would help reduce the number of fraud cases and contribute to the administrative efficiency of governments worldwide.

Virtual currencies are a high-risk, high-reward commodity. They have grown increasingly popular in investment markets. As the average person does not fully understand how virtual currencies work, these investments have become a common instrument of organized fraud. Taiwan police have recently discovered that money laundering by criminal groups using virtual currencies mostly involves proceeds from investment fraud. Victims are lured into registering with a fake investment platform, and when they try to withdraw funds after making a profit, the customer service system — operated by the criminal group — requires them to pay additional taxes of 10 to 20% before the withdrawal can be approved. Even if the payment is made, the criminal group continues to fabricate further demands that the account be replenished in order to cover, for example, transaction fees.

Criminal organizations have shifted their tactics from buying mule bank accounts to using virtual currency wallets, thus lowering the risk of police detection when funds are withdrawn. The gangs open phony accounts with virtual currency exchanges, where identity verification procedures are relatively relaxed. Once a victim makes a deposit into a designated account, the scammers quickly transfer the money multiple times, eventually moving it to a cold wallet. It is then switched to another exchange where it is converted into legal tender. Crypto wallets that do not require user authentication and have no upper limit on transactions are a convenient tool for money laundering. The victim, perpetrator, and location of the crime are usually in different countries. Thus, transnational cooperation is needed to effectively crack down on the common practice of concealing illegal gains and converting them into legal assets. Anticipating that the number of job seekers would increase due to involuntary unemployment driven by the pandemic, criminal organizations set up call centers in various parts of the world and recruited people on a large scale through online advertising. The scammers used attractive slogans like “easy job” and “fast financial freedom” and promised stable and legal employment in other countries. Victims only discovered after arriving that the jobs involved fraud or were not what they expected. Some even had their passports confiscated, were deprived of their freedom, and were beaten or sold to other unlicensed businesses if they refused to comply. If they asked to quit, they were forced to pay exorbitant fines or threatened with organ removal to compensate the gangs.

Human trafficking is a serious issue that needs to be addressed by the global community. Fraud rings take advantage of the convenience of the internet to recruit people of different nationalities through multiple channels to work in scam call centers around the world. Taiwan police have long spared no effort to crack down on this type of transnational crime. This year, they have received reports of Taiwanese citizens being held against their will and forced to engage in fraudulent activities in Cambodia, the Philippines, the United Arab Emirates, and other countries by illegal organizations set up by Chinese nationals. International cooperation is urgently needed to rescue the victims and fight such crimes.

In 2021, Taiwanese and Vietnamese police jointly cracked down on a fraud ring in Taiwan that was forcing Vietnamese migrants who had overstayed their visas to engage in scams targeting their fellow compatriots. The racket earned the criminals VND3.29 billion (equivalent to about US$140,000). In cooperation with other foreign law enforcement agencies, Taiwan’s police have uncovered several cases of organized crime outside Taiwan linked to cross-border fraud and human trafficking. They worked with Montenegro in 2020 and with Turkey in 2021 to clamp down on organized crime involving perpetrators, victims, and locations in multiple countries. In the joint operation with Montenegro, 92 suspects were arrested for defrauding more than 2,000 victims of a total of NT$632.78 million (equivalent roughly to US$21 million). These cases not only underscore the importance of cooperation among countries to combat crime but also highlight the need for concerted efforts to protect human dignity and values. Taiwan’s contribution will benefit the world

Taiwan has a high regard for the rule of law and human rights. The Constitution of the Republic of China (Taiwan) upholds the ideal that national sovereignty resides with the people and explicitly provides for the protection of people’s rights and freedoms. The government strictly prohibits any action that infringes on the rights of others. Transnational crime often involves multiple countries and areas, which can hinder investigations. In the post-pandemic world, criminal tactics will continue to evolve and new methods will emerge. In investigating new forms of criminal activity, experience is invaluable. Taiwan is willing to share its experience in solving crimes. Today, telecommunications and cyber fraud are conducted across borders and transnational crime rings are organized and departmentalized. This poses a challenge to the sovereignty of nations and undermines livelihoods, economies, and law and order. Taiwan is keen to exchange intelligence with partners and assist other countries in staving off threats from overseas and combating organized crime within their borders.

Police officials are entrusted with the heavy responsibility of maintaining law and order. Their top priority is to protect people’s lives and property. Given that crime has taken on increasingly diverse forms, police are facing even greater challenges. To fight modern crime, law enforcers need a firm understanding of the latest criminal developments so that they can prepare for the future and be ready to respond decisively. Looking ahead, Taiwan’s police will continue to work with partners worldwide. No place should be overlooked in fighting the pandemic or tackling crime. The international community can count on Taiwan. – Rappler.com

Li Hsi-ho is the Commissioner of the Criminal Investigation Bureau, Republic of China (Taiwan).