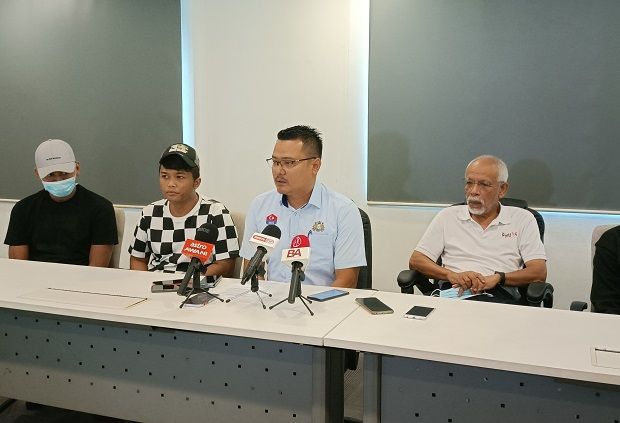 JOHOR BARU: It has been five months of hell for Mohamad (full name withheld for safety purposes) who was forced to work for a cryptocurrency syndicate in Cambodia with his every move being monitored closely.

“My friend introduced me to an agent who offered me the job.

“But when I arrived in Phnom Penh, I was told that I have to work as a scammer instead.

“My passport was taken away by the syndicate and I was forced to sign a six-months contract or pay RM15,000 to return home,” he told the media in a press conference in Johor Baru.

Mohamad was among seven human trafficking victims who were rescued from Cambodia and brought back to Johor.

He added that he was instead paid USD500 (RM2,361) for the first two months and did not receive any payments in the following months.

“We were made to work between noon and 11pm daily or even longer if we failed to reach the target set by the syndicate.

“We obeyed their instructions as we were in fear of our lives. I have also heard of some victims that were beaten up and even had a gun pointed to their heads,” he said.

He added that they were all made to live and work in the same building and were not allowed to leave without any supervision.

“We planned the escape for about a month and were able to be in touch with the Malaysia International Humanitarian Organisation (MHO),” he said.

“There are many jobs available in Johor. Of the 50,000 vacancies, only about 31,000 have been filled so far. So, we hope that Johoreans will focus on looking for jobs here first,” he said.

He added that the state government would be helping the victims look for jobs in Johor.