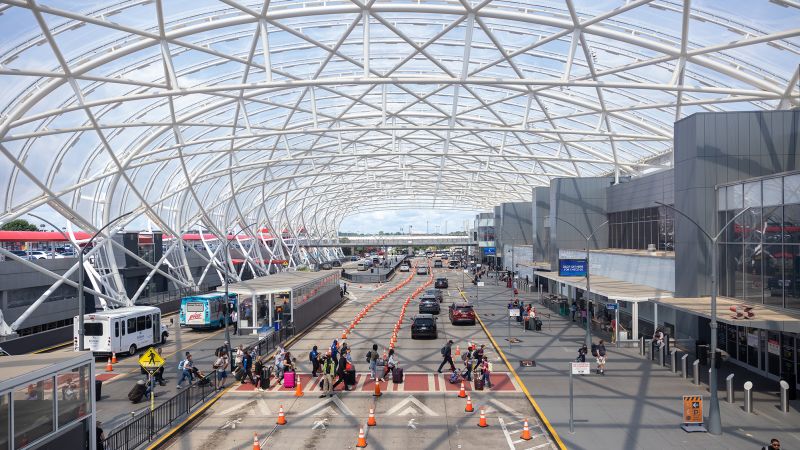 More than a dozen public-facing airport websites, including those for some of the nation’s largest airports, appeared inaccessible Monday morning, and Russian-speaking hackers claimed responsibility.

No immediate signs of impact to actual air travel were reported, suggesting the issue may be an inconvenience for people seeking travel information.

“Obviously, we’re tracking that, and there’s no concern about operations being disrupted,” Kiersten Todt, Chief of Staff of the US Cybersecurity and Infrastructure Security Agency (CISA), said Monday at a security conference in Sea Island, Georgia.

The 14 websites include the one for Atlanta’s Hartsfield-Jackson International Airport. An employee there told CNN there were no operational impacts.

The Los Angeles International Airport website was offline earlier but appeared to be restored shortly before 9 a.m. Eastern. A spokesman did not immediately return a request for comment.

The hacking group known as Killnet listed multiple US airports as targets. It stepped up activity to target organizations in NATO countries after Russia’s February invasion of Ukraine. The loosely organized “hacktivists” are politically motivated to support the Kremlin but ties to Moscow are unknown.

The group claimed responsibility last week for knocking offline US state governments websites. Killnet is blamed for briefly downing a US Congress website in July and for cyberattacks on organizations in Lithuania after the country blocked shipment of goods to the Russian enclave of Kaliningrad in June.

The type of cyberattack used by Killnet is known as “distributed denial of service” (DDoS), in which hackers flood computer servers with phony web traffic to knock them offline.

“DDoS attacks are favored by actors of varying sophistication because they have visible results, but these incidents are usually superficial and short lived,” John Hultquist, a vice president at Google-owned cybersecurity firm Mandiant, told CNN.

A Transportation Security Administration spokesperson said the agency is monitoring the issue and working with airport partners.