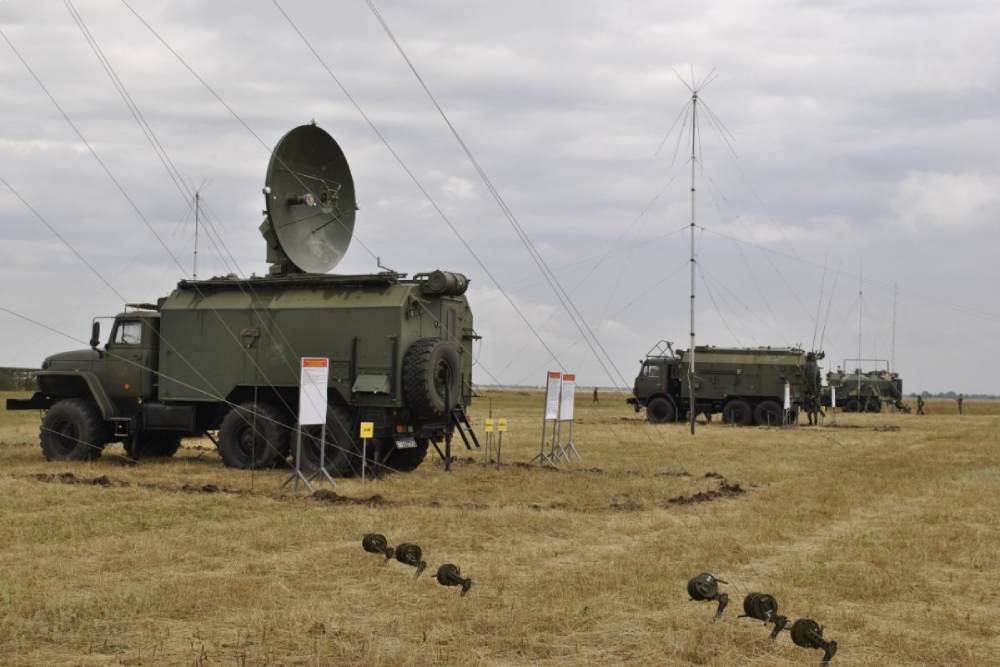 The information that failures in the operation of the Starlink satellite Internet led to losses of the Armed Forces of Ukraine and panic in the General Staff appeared last week in the Financial Times and other Western media. At the same time, some military experts voiced the assumption that the latest Russian electronic warfare complex “Tirada-2S” was launched.

There is very little information about this system in the public domain. It seems that Oleg Achasov, deputy head of the 46th Central Research Institute of the Russian Ministry of Defense, publicly announced it for the first time in 2017. He said that the Tirada-2S mobile complex for electronic destruction of communication satellites is being created as part of the arms modernization program for 2018-2027.

A year later, at the international military-technical forum “Army-2018”, a contract was signed for the supply of an automated satellite communications jamming station “Tirada 2.3”.

And now, in 2020, the mysterious electronic warfare lit up at the exercises in the Sverdlovsk region of the military personnel of a separate electronic warfare unit of the Central Military District. The website of the Ministry of Defense of the Russian Federation reported that “the crews of the Tirada complex worked out the detection of satellite communication channels that provide a cycle of combat control and data transmission by reconnaissance aircraft and sabotage groups of a mock enemy. Having identified the channel and belonging to a space satellite, the Tirada calculations conducted it suppression and put up controlled interference that impedes the passage of the signal.

The material clarified that the electronic warfare complex is capable of suppressing satellite communications and completely incapacitating satellites directly from the surface of the Earth.

In addition to the Tirada, within the framework of the same arms modernization program for 2018-2027, the Rudolph mobile strike anti-satellite complex is being developed. Information about him is even scarcer. It is known that it is intended for the physical destruction of spacecraft. Work on the project is expected to be completed in 2027.

Recall that the idea of ​​anti-satellite weapons is far from new. In the 1960s, in the Soviet Union, OKB-51 of V.N. Chelomey developed an apparatus called the IS “Sputnik Fighter”. It was something like a giant kamikaze space drone, which had a mass of one and a half tons and was equipped with an orbital engine with an operating life of 5 minutes. This time should have been enough to approach the target for a kilometer and destroy it with a directed explosion.

The complex was put into service in 1978 and was on alert until 1993. The IS was launched into orbit by the Cyclone-2 launch vehicle.

*The article has been translated based on the content of Российская газета by rg.ru. If there is any problem regarding the content, copyright, please leave a report below the article. We will try to process as quickly as possible to protect the rights of the author. Thank you very much!

*We just want readers to access information more quickly and easily with other multilingual content, instead of information only available in a certain language.

*We always respect the copyright of the content of the author and always include the original link of the source article.If the author disagrees, just leave the report below the article, the article will be edited or deleted at the request of the author. Thanks very much! Best regards!