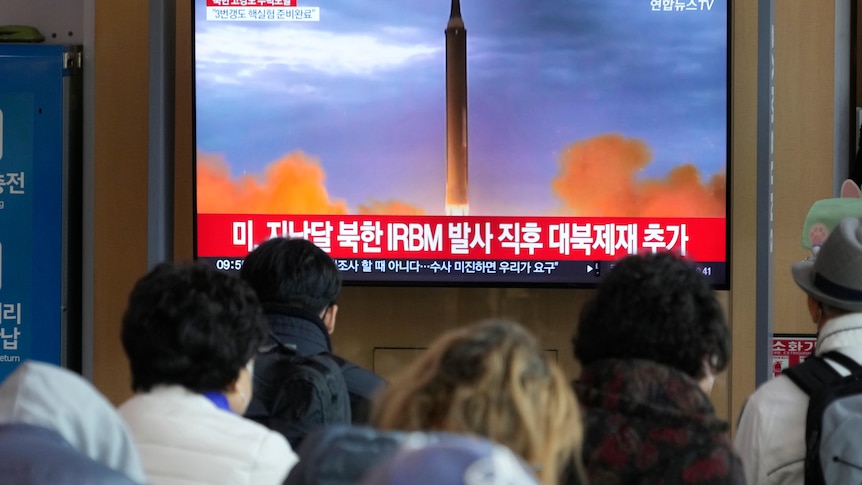 In its latest provocative move, North Korea has flown 180 military aircraft near the South Korean border on Friday, prompting the southern nation to scramble its war planes in response.

It came just hours after the North fired about 80 artillery rounds in protest against Seoul’s joint military drills with the United States.

North Korean aircraft were detected in multiple areas north of the “tactical action line”, which is north of the Military Demarcation Line (MDL) between the two Koreas, according to South Korea’s Joint Chiefs of Staff.

The flights occurred between 11am (12pm AEST) and 3pm.

That virtual line is drawn north of the military border and is used as a basis for South Korean air defence operations, a South Korean official said.

He declined to give the virtual line’s distance from the MDL, but local news reports said it was 20 to 50 kilometres.

South Korea scrambled 80 aircraft, including F-35A stealth fighters, in response, while about 240 jets participating in the Vigilant Storm air exercises with the United States continued their drills, the military said.

The North’s manoeuvres follow the launch of multiple missiles into the sea on Thursday, including a possible failed intercontinental ballistic missile (ICBM).

North Korea also fired at least 23 missiles on Wednesday, a record for a single day.

The series of launches prompted the United States and South Korea to extend the Vigilant Storm drills, which have angered Pyongyang.

Meeting in Washington, US Defense Secretary Lloyd Austin and South Korean Defence Minister Lee Jong-sup pledged to seek new measures to demonstrate the alliance’s “determination and capabilities” after repeated North Korean provocations, according to a joint statement from the two countries.

On Thursday, a senior US administration official said that, although the United States had said since May that North Korea was preparing to resume nuclear testing for the first time since 2017, it was not clear when it might conduct such a test.

The United States says China and Russia have leverage to persuade North Korea not to resume nuclear bomb testing, the official told Reuters.

In recent years the 15-member council has been split on how to deal with North Korea and, in May, China and Russia vetoed a US-led push to impose more UN sanctions in response to North Korean missile launches.

“I think the Pyongyang regime is solely responsible for the current situation,” Mr Steinmeier said during a news conference after talks with South Korean President Yoon Suk Yeol. On Thursday, Pak Jong Chon — the secretary of the Central Committee of North Korea’s ruling Workers’ Party — said Washington and Seoul have made a very dangerous decision by extending the exercises, and were “shoving” the situation out of control.

“The United States and South Korea will find that they have made a terrible mistake that cannot be reversed,” Mr Pak said.