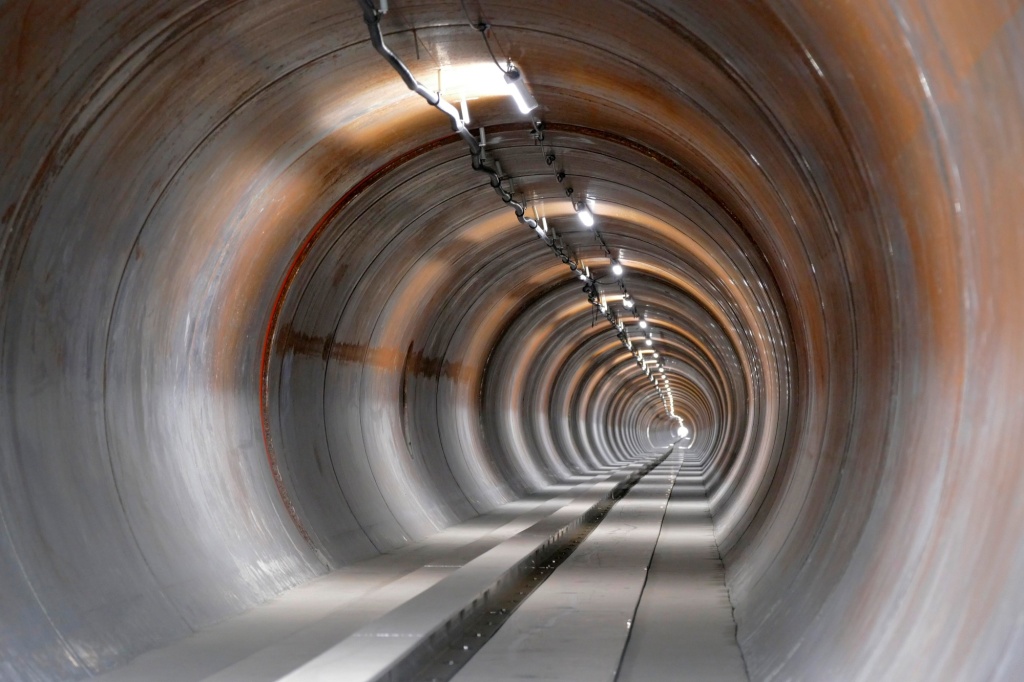 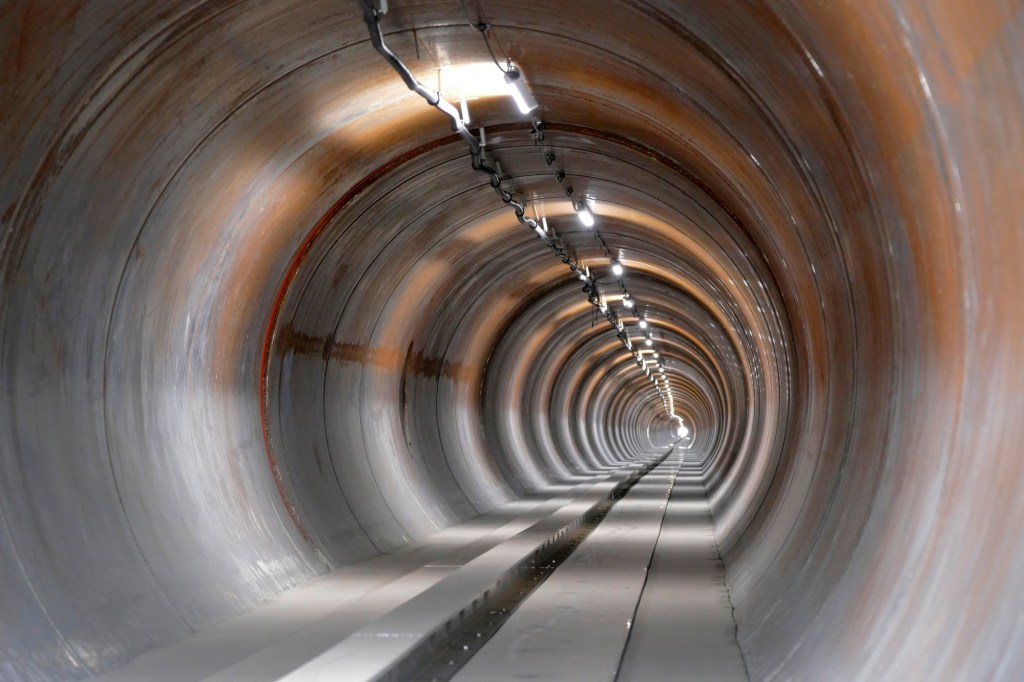 Erik Wright was thrilled when he got the news in 2016 that his business had been selected to help with an ambitious technology project: building the prototype tunnel for Elon Musk’s Hyperloop.

The initiative was envisioned as a test run for a futuristic transportation system involving levitating pods hurtling through tubes at speeds of hundreds of miles per hour.

Earlier this year, Wright got a text with an update on the tunnel: It was slated to be torn down.

The demise of the test tunnel — a roughly mile-long white cylinder running along Jack Northrop Avenue near the Space Exploration Technologies Corp. office in Hawthorne — is symbolic of a larger retreat. While Musk still says he wants to build a Hyperloop, the project has been indefinitely shelved.

Musk did end up founding a tunnel-based company called Boring Co., but it falls short of levitation and jet-like speeds. Instead, at its transit system in Las Vegas, Teslas drive conference-goers through dedicated subterranean roads at a ho-hum pace.

Still, Wright said, the short-lived test project remains a highlight of his career. Back when his company, San Luis Obispo-based Precision Construction Services, took the work, it was a small firm with just a handful of accomplishments.

Since then, it has landed several high-profile gigs, including building a 3D printing lab for the US Centers for Disease Control and Prevention and work on various launch facilities at Vandenberg Space Force Base.

“The Hyperloop is quite a badge of honor for us,” Wright said. It even helped the company land several non-transportation contracts, such as an 8,000-square-foot climbing gym. Customers told him, “If you built the Hyperloop, you can definitely build my project,” he said.

Before it was torn down, the Hawthorne Hyperloop test tunnel served as a proving ground for would-be Hyperloop technology. Starting in 2017, it hosted student competitions for running Hyperloop pods at high speeds.

Precision was responsible for everything inside the tube, including the concrete subtrack, concrete joints, the aluminum track and the interior lighting. Each of those components expands and contracts at different rates, making it hard to meet the forty-thousandths-of-an-inch measuring requirements.

After he learned the tunnel’s fate a few months ago via group text, Wright got on a video call with other contractors who worked on the project. The call was a remembrance. “We had a sentimental moment knowing this was going to be taken down,” he said. “Like a memorial service.”

Today, the Boring Co. has expansive plans for its Las Vegas transportation network. But there hasn’t been any sign of a return to the ambitious dream of superfast pods — despite the occasional tantalizing tweet from Musk. Still, Wright hasn’t given up on a future Hyperloop system emerging one day, and credits the Boring Co. with taking things in the right direction.

In the meantime, last week no trace of the Hyperloop tube remained on Jack Northrop Avenue. A team of workers wearing hard hats dug and made measurements. A local city council member said parking spots for SpaceX workers would soon line the street in the spot where the tunnel once ran.