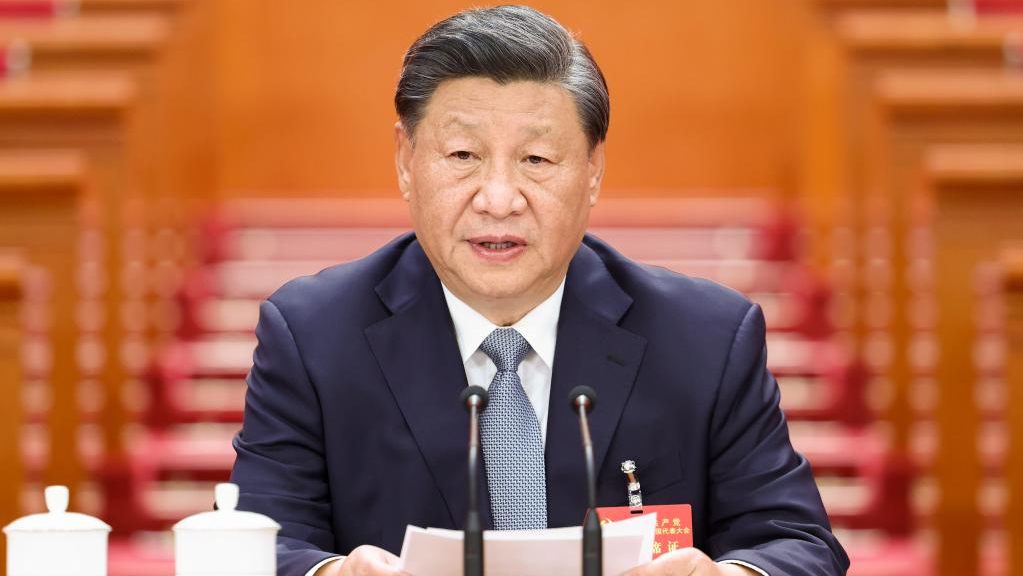 On November 7, China released a white paper on Monday introducing its vision of internet development and governance in the new era, sharing its achievements in promoting the building of a community with a shared future in cyberspace and outlining the prospects for international cooperation.

Titled “Jointly Build a Community with a Shared Future in Cyberspace,” the white paper was released by the State Council Information Office.

The internet is an important human achievement and a symbol of the arrival of the information age. As a new round of technological revolution and industrial transformation accelerates, the internet has turned the world into a global village, and the international community is becoming more and more interconnected, with a shared future becoming more apparent. It is the responsibility of all of humanity to develop, use, and manage the internet well and make it more beneficial to mankind.

With the rapid development of the internet, the governance of cyberspace is facing ever more prominent problems. General Secretary Xi Jinping has proposed the important concept of building a community with a shared future in cyberspace, and elaborated a series of major principles and proposals for global internet development and governance.

His proposal conforms to the development trends of the information age and of human society. It responds to the risks and challenges facing cyberspace, demonstrates China’s commitment to contributing to human progress and world harmony. It also reinforces China’s sincere desire to strengthen internet development and governance cooperation with other countries.

Problems with the internet such as unbalanced development, unsound regulation, and unreasonable order are becoming more prominent. Cyber-hegemonism poses a new threat to world peace and development. Certain countries are exploiting the internet and information technology as a tool to seek hegemony, interfere in other countries’ internal affairs, and engage in large-scale cyber theft and surveillance, raising the risk of conflict in cyberspace.

The white paper introduces China’s vision of internet development and governance in the new era and its actions, shares its achievements in promoting the building of a community with a shared future in cyberspace, and outlines the prospects for international cooperation.

Interconnection is the basic nature of cyberspace. Sharing and co-governance is the common vision of internet development. With the rapid development of global information technology, the internet has penetrated into all aspects of human life and work. As a consequence, humanity is increasingly confronted with development and security challenges in cyberspace, which must be addressed through joint efforts.

Some countries attempt to decouple with others, and create schism and confrontation in cyberspace. The increasingly complex cybersecurity situation calls for more just, reasonable and effective cyberspace governance. Global threats and challenges in cyberspace necessitate strong global responses.

Besides being a home to 1.05 billion internet users, China also hosts the world’s largest 5G network and has become one of the global leaders in 5G standards and technology, with 1.85 million 5G cell towers and 455 million 5G cell phone subscribers, according to the white paper.

For example, 98 percent of all poverty-stricken villages had access to optical services by the end of 2020 and more than 12 million people in poverty had benefited from a lower internet access fee. Online retail sales in rural areas amounted to 2.05 trillion yuan in 2021, up 11.3 percent year-on-year.

China insists that the building of a community with a shared future in cyberspace should be based on multilateral and multiparty participation and consultation, respect for cyber sovereignty, and a spirit of partnership; and the international community should be encouraged to expand pragmatic cooperation and jointly deal with associated risks and challenges.

The goal of building a community with a shared future in cyberspace conforms to the developments of the information age and meets the needs and expectations of the people throughout the world. It is a plan that China contributes to the global efforts to promote the development and governance of cyberspace on the basis of respecting cyber sovereignty.

Cyberspace is a common space for human activities, and it should be jointly controlled by all countries. To build a community of responsibility is to adhere to multilateral participation and multiparty participation, and actively promote reform and development of the global internet governance system.

We should leverage the role of the United Nations as the main channel in international cyberspace governance, and give play to the role of government, international organizations, internet companies, technical communities, social organizations and individual citizens to promote mutual trust and coordinated and orderly cooperation. To make the governance system more just and equitable, we should improve dialogue and consultation mechanisms, jointly study and formulate norms for cyberspace governance, and reflect the interests and concerns of all parties in a more balanced way, especially those of developing countries.