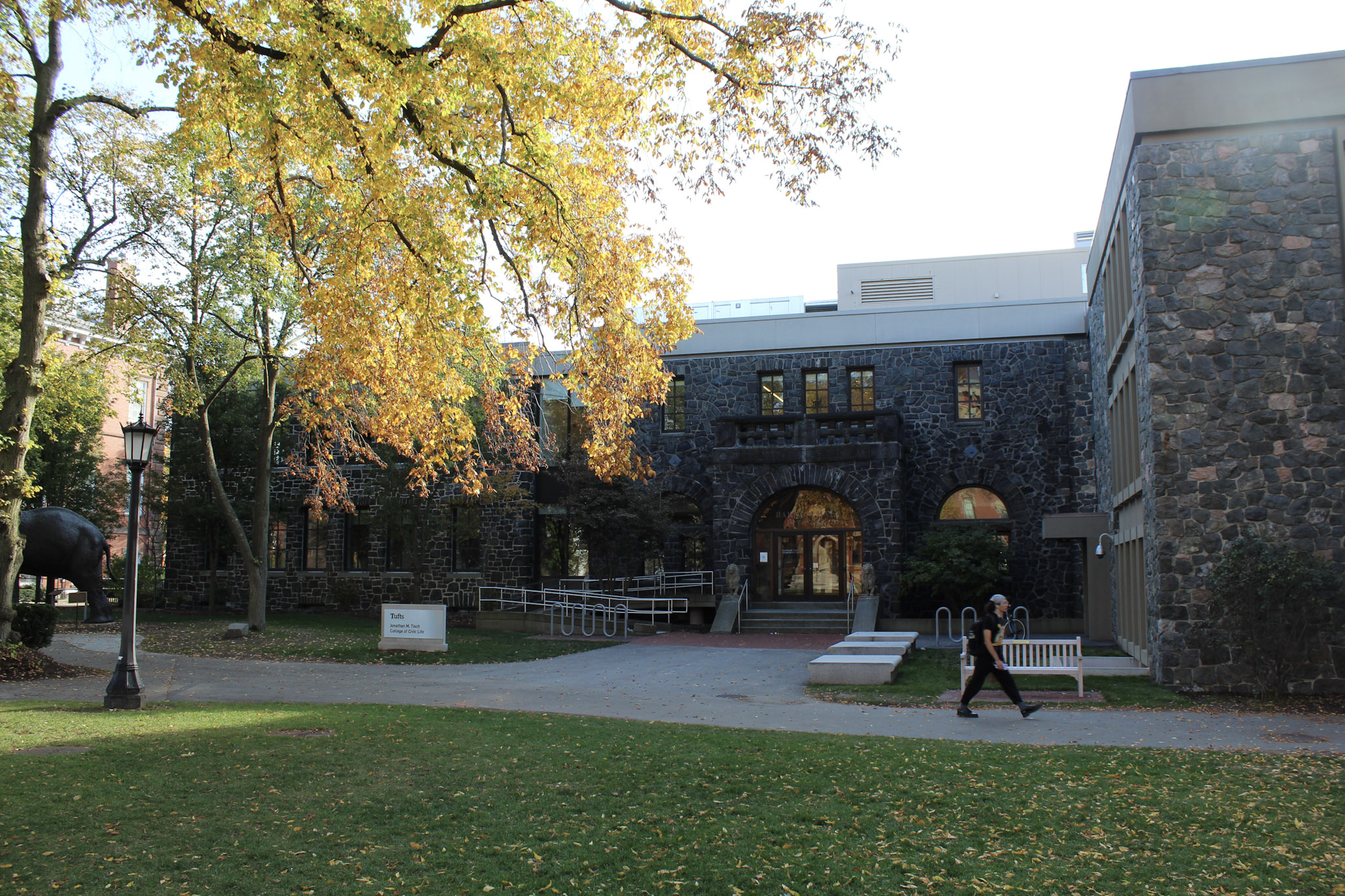 The Jonathan M. Tisch College of Civic Life hosted a seminar titled “Misinformation, Fake News, and the Assault on Truth” on Oct. 18. The event featured business journalist and media executive Eric Schurenberg, who spoke to the community about the growing dangers of misinformation and disinformation in today’s media.

The event was co-sponsored by the political science department, the civic studies program, Tufts CIVIC, the Tufts Democrats and the Tufts Republicans.

Schurenberg was formerly the CEO of Mansueto Ventures, a company that publishes media brands Inc. and Fast Company. Currently, he is the host of “The Human Factor” podcast and co-host of the “In Reality” podcast, and is also the former managing editor of Money and the founding editor of CBS’s MoneyWatch.com.

“The pivot from [being the president and CEO at Inc. and Fast Company] was encouraged by … a panel at a meaning of entrepreneurs,” Schurenberg said. “A woman came up to me from the audience … she said, ‘Why do you journalists always lie?’”

Schurenberg said that he realized that trust in the media was at an all-time low.

“She was convinced that I and my colleagues and everyone in my profession not only couldn’t tell truth from falsehood, but that we actively created falsehoods,” Schurenberg said.

He noted that the event that ultimately pushed him into his fight against misinformation was the Jan. 6 insurrection.

“I believe … that the people who stormed the Capitol, most of them, sincerely believed that they were acting on behalf of democracy,” Schurenberg said. “The reason that they believed that so sincerely was because they had been fed a passel of lies reinforced by … a very clever disinformation campaign, some of which originated abroad and some of which was amplified by people in the U.S.”

“The media manipulation lifecycle … usually starts with intentional falsehood,” Schurenberg said. “The reasoning behind it may be ideology, it may be national propaganda … the cycle usually starts with those planners deciding what [falsehoods] would be advantageous to plant … in remote corners of the internet.”

Schurenberg then explained how this disinformation becomes misinformation that has a larger impact on people’s beliefs.

“[These falsehoods leap] into the bloodstream of the mainstream ecosystem, when someone with more followers than common sense picks it up and spreads it,” Schurenberg said. “At that point it crosses from disinformation to misinformation.”

Schurenberg claimed that critical thinking is a core process in information vigilance.

“[We need] to ask ourselves, ‘What’s the source of this? Do I believe this? What would it take to disprove it?’” Schurenberg said. “Part of the fight against misinformation is just being better ourselves.”

Schurenberg explained that moderation and regulations are also necessary to suppress misinformation.

“[We] must make all social media platforms and every media company — or even … single large influencers — play by the rules,” Schurenberg said. “When you have that many followers, you just have to act more responsibly.”

Schurenberg then detailed a possible solution that one of his podcast guests introduced to him. He explained that social norms and citizen moderation should also occur in social media, much as individual’s autonomy and privacy are respected in real life public spaces.

“[Social media platforms] are public spaces, [and] they should be treated like public spaces in the three-dimensional world,” Schurenberg said. “If you were to be walking down one of the sidewalks in Boston Common, you would not find a horde of people who didn’t know you but overheard something you said following you and railing at you and calling you names and trying to destroy your reputation.”

When asked whether people should be optimistic about the future fight against misinformation and disinformation, Schurenberg expressed his confidence in society.

“Of course I am optimistic,” Schurenburg said. “I am impressed by the quality and quantity of people who are now … recognizing this problem.”

“Truth has a tremendous advantage in the battle of ideas,” Schurenberg said. “Truth works … no matter how clever the liar, how infinitely complex the web of falsehoods he spins, he can never make it large enough to counteract the immensity of factuality.”

Schurenberg closed out the event with a call for action to the group of professors and undergraduate and graduate students in attendance.

“At some point, the lies about the 2020 elections will collapse,” Schurenberg said. “We should be participants in the collapse, and we do that by checking ourselves … about our own prejudices.”