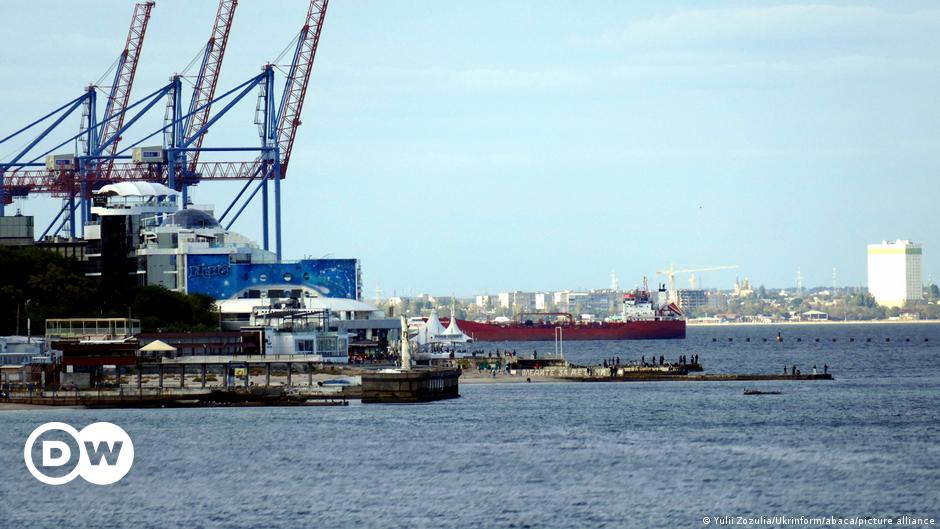 Turkish President Recep Tayyip Erdogan said on Wednesday that Russia had agreed to resume the deal to allow the export of Ukrainian grain via the Black Sea as of midday on Wednesday.

Erdogan said that Russian Defense Minister Sergei Shoigu had spoken to his Turkish counterpart and told him that the grain corridor had the go-ahead from Moscow to continue.

“After the call we held yesterday with [Russian President Vladimir] Putin, Russian Defence Minister Shoigu called our National Defence Minister Hulusi Akar and expressed that the grain transports will continue as agreed before as of 12 p.m. [0900 GMT] today,” Erdogan said.

The Turkish president added that exports to African nations would be prioritized, saying that Russia had been concerned most of the exported grain was ending up in richer countries.

Moscow also confirmed its U-turn decision on suspending its involvement in the grain exports deal.

“The Russian Federation considers that the guarantees received at the moment appear sufficient, and resumes the implementation of the agreement,” its Defense Ministry said in a statement.

Russia suspended its role in a UN-brokered accord over the weekend that allowed the safe export of grains from Ukraine. It made the decision after an attack on its Black Sea fleet.

The UN said on Monday, however, that grain had continued to leave Ukrainian ports despite the Russian suspension of the deal.

UN Secretary-General Antonio Guterres “warmly welcomes” Moscow’s resumption of the deal, his spokesperson said in response to the decision.

Russia suspends grain deal over attacks on its fleet

Russian President Vladimir Putin reiterated his country’s right to walk out of the grain deal once again, should Ukraine violate its security guarantees.

In statements following the resumption of the deal on Wednesday, Putin however vowed that any such U-turns would not impact grains export to Turkey. He listed Turkey’s neutrality and its mediation efforts as reasons for his stance.

Here are the other main headlines from the war in Ukraine on Wednesday, November 2:

The operator of the Nord Stream 1 gas pipeline between Russia and Germany said about 250 meters (820 feet) of it was destroyed after explosions at the end of September.

Nord Stream AG said it had completed an initial investigation at the location of the pipeline damage in the Baltic Sea.

“Craters with a depth of three to five metres were found on the seabed at a distance of about 248 metres from each other” along a Nord Stream 1 pipeline, the operator said in a statement.

The section of the pipe between the craters is destroyed,” it said.

Gas deliveries have been suspended since the September explosions on the Nord Stream 1 and 2 pipelines.

The pipelines have been at the center of geopolitical tensions as Russia cut gas supplies to Europe in retaliation to Western sanctions over Moscow’s invasion of Ukraine.

Sweden and Denmark have both concluded that four leaks on Nord Stream 1 and 2 were caused by explosions, but have not said who might be responsible.

Washington said on Wednesday that it believes Pyongyang is trying to ship artillery shells to Russia for use in its invasion of Ukraine.

North Korea is “covertly supplying” the munitions to Russia White House spokesperson John Kirby said, adding that “we’re still monitoring this to determine whether the shipments are actually received.”

The US accused the North Korean regime of “trying to make it appear as though they’re being sent to countries in the Middle East or North Africa.”

Kirby said that the shipments included a “significant number” of shells, but added that these were “not going to change the course of the war,” pointing to the substantial military aid Ukraine is receiving from Western countries.

Moscow said on Wednesday that it is committed to stopping a nuclear war from breaking out amid heightened rhetoric about nuclear weapons coming from the Kremlin.

“We fully reaffirm our commitment to the joint statement of the five nuclear-weapon states leaders on the prevention of nuclear war and the avoidance of an arms race,” the Russian Foreign Ministry said, referring to a joint statement issued by Russia, the US, China, Britain and France in January.

Washington also said on Wednesday that it had no evidence Russia was preparing a nuclear strike.

Moscow said on Wednesday that it is planning to present the UK ambassador with evidence of its claim that the UK aided Ukrainian forces in carrying out a drone attack on Russia’s Black Sea Fleet stationed in the occupied Ukrainian territory of Crimea.

Russia has also accused the UK of being behind the explosions that damaged the two North Stream gas pipelines in September.

“The UK ambassador will be summoned and will be given the appropriate materials,” Russian Foreign Ministry spokeswoman Maria Zakharova said, adding the meeting would take place “in the near future.”

“The basic materials will be handed over as evidence to the British side and will also be shown to the general public,” she added.

Moscow said it would suspend its involvement in an agreement to allow for the export of Ukrainian grain via the Black Sea — a decision it walked back on Wednesday — following the attack on Saturday.

Russia claimed that the attack had been carried out by Ukrainian forces “under the leadership of British specialists in the city of Ochakiv.”

Washington: No evidence of Russian preparations for nuclear strike

White House spokesperson John Kirby told the New York Times on Wednesday that the US has not seen any signs that Russia is getting ready to use nuclear weapons in Ukraine.

“We’ve been clear from the outset that Russia’s comments about the potential use of nuclear weapons are deeply concerning, and we take them seriously,” Kirby said. “We continue to monitor this as best we can, and we see no indications that Russia is making preparations for such use.”

Moscow has increased its nuclear rhetoric since its invasion of Ukraine was met with an outpouring of financial and military support for Kyiv.

Russian unevidenced claims that Ukraine is preparing to use a “dirty bomb” — an explosive device that spreads chemical, biological or radioactive material — has sparked fears that Russia itself may be planning such an attack in Ukraine.

The Ukrainian capital was targeted by more drone attacks overnight, the head of the Ukrainian president’s office said on Wednesday.

Andriy Yermak wrote on his Telegram channel that 12 of the 13 drones that were launched toward Kyiv were shot down.

He also said that the drones were Iranian-made “kamikaze” drones, which Ukraine says have been used to attack the country’s infrastructure.

Iran and Russia have both previously denied the use of Iranian-made drones in Ukraine.

Yermak also said that Kyiv was in a dialogue to procure modern air defense systems.

One day after restoring water and power supplies in Kyiv following a series of Russian missile attacks on infrastructure, the capital’s mayor, Vitali Klitschko, said that the city was setting up around 1,000 “heating points” in case water and power are once again cut.

Klitschko wrote on Telegram that the heating points were being considered for the worst-case scenario where the city may lose all supplies of electricity, water and heating.

He added that the city had stocked up on generators and water so that people would be able to go to these public locations to warm up, charge their phones and drink some tea.

The UK Ministry of Defence daily intelligence update reported that the advances being made by Russian forces were around 100 to 200 meters (328 to 656 feet) per day, citing the head of the Russian Wagner Group private military company, Yevgeny Prigozhin.

However, the update also points out that Russian military doctrine expects its forces to “advance 30km or more per day in most conditions.”

The update also highlighted that Ukrainian forces “achieved advances of over 20km per day” in September.

Ukrainian President Volodymyr Zelenskyy used his late evening address on Tuesday to thank the UN and Turkey for maintaining the Black Sea export route for Ukrainian grain following previous threats from Russia that it can no longer guarantee the safety of the vessels.

Zelenskyy also called on the global community to ensure that Ukraine can continue to export vital grain.

“The grain corridor needs reliable and long-term protection,” he said. “Russia should clearly know that it will receive a tough response from the world to any steps that disrupt our food exports. This is literally a matter of life for tens of millions of people.”

The UN Security Council is set to meet on Wednesday to discuss and vote on claims by the Kremlin that Ukraine is violating the convention prohibiting the use of biological weapons.

The Russian claims that Ukraine is developing biological weapons have been roundly condemned as unfounded and a possible precursor to a Russian false flag attack.

The council will vote on whether to set up an independent commission to look into the claims, but it is unlikely to succeed with the US, UK and France all having veto powers.

The claims revolve around the existence of US-funded labs in Ukraine that have been researching how to reduce the likelihood of deadly outbreaks, including manmade ones.

US Ambassador Linda Thomas-Greenfield called the meeting “a colossal waste of time,” calling the allegations “pure fabrications brought forth without a shred of evidence.”