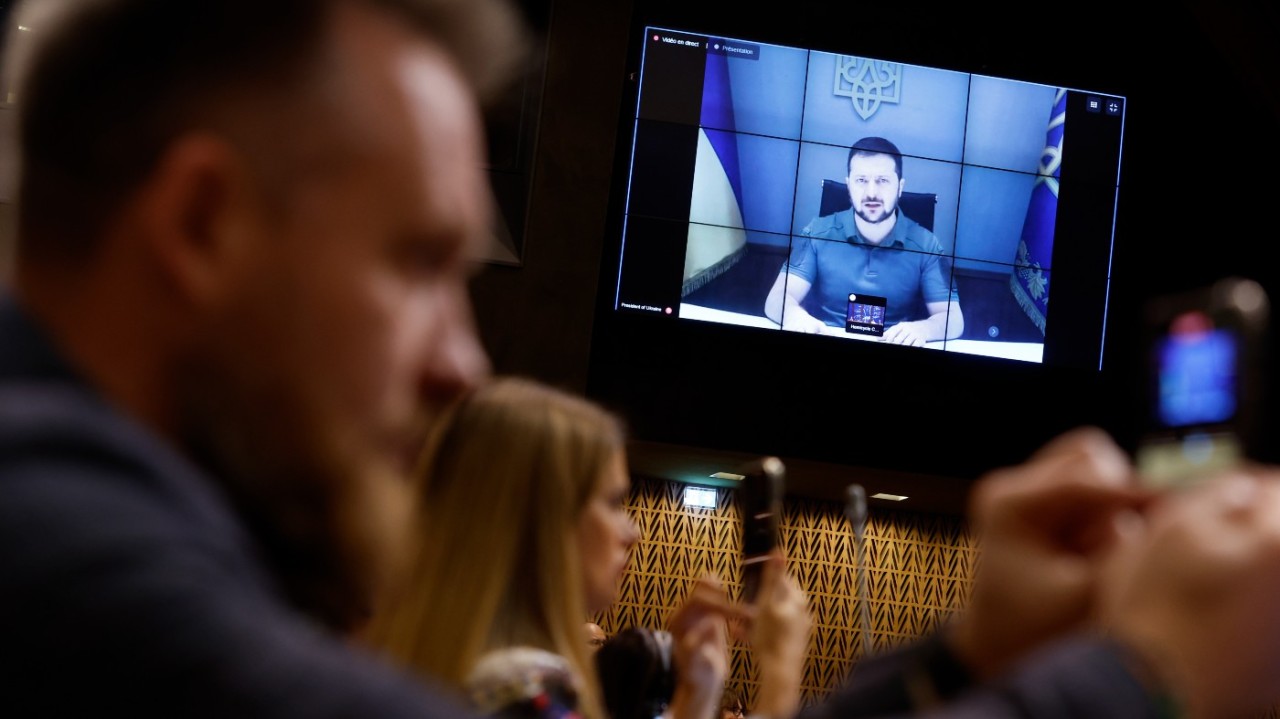 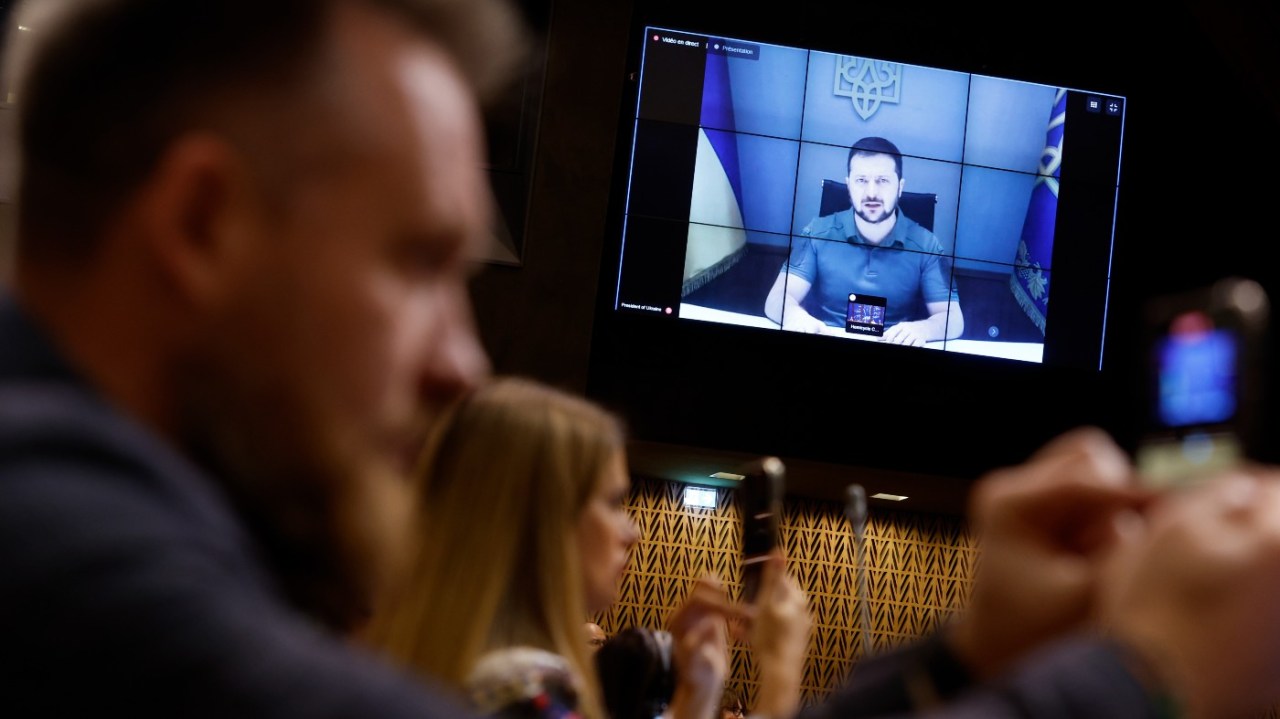 The Biden administration says that Iranian denials that it has supplied military equipment to Russia are lies, following deadly Russian strikes in Kyiv on Monday that Ukrainian officials said came from Iranian drones.

“We have been warning since July … that Iran was planning to sell UAVs [unmanned aerial vehicles] to Russia for use against Ukraine. … There is extensive proof of their use by Russia against both military and civilian targets there,” Jean-Pierre told reporters Monday.

“You all have seen as well the reports this morning of what appear to be an Iranian drone strike in downtown Kyiv, yet Iran continues to lie about this,” she continued.

“They have not been truthful about this and deny providing weapons to Russia for use in Ukraine. Meanwhile, according to these new reports, Iran is considering selling more destructive weapons to support an invasion they claim to oppose,” she added.

At least four people were killed in early morning strikes on Kyiv that targeted infrastructure and buildings, Ukrainian officials said. The dead included a pregnant woman and her husband, Kyiv Mayor Vitali Klitschko wrote on Telegram. Rescue crews are searching the rubble for more victims.

The Associated Press and AFP captured images of the triangle shape of the drone over Kyiv. It appeared to resemble the Iranian Shahed-136, also referred to as a kamikaze drone. The AP reported that Klitschko posted a photo of debris recovered from the attacks on Monday showing “Geran-2,” the Russian name for the drone, marked on a tailfin.

“The published news about Iran providing Russia with drones has political ambitions and it’s circulated by western sources. We have not provided weaponry to any side of the countries at war,” he said at a Monday press conference, according to Reuters.

Jean-Pierre said the administration is going to “continue to vigorously enforce U.S. sanctions on both the Russian and Iranian arm trade.”

“That’s what we’ll do from here, make it harder for Iran to sell these weapons to Russia, and we’ll stand with our partners throughout the region against that Iranian threat,” she said.

The administration is reportedly readying sanctions targeting Iranian military sales, according to Politico, but with measures likely looking to target specific individuals rather than the Iranian regime.

“For anybody in the world who is either selling material to Iran that could be used for [unmanned aerial vehicles] or ballistic missiles, or who is involved in flights between Iran and Russia: Do your due diligence, because we are absolutely going to sanction anybody who’s helping Iranians help Russians kill Ukrainians,” a U.S. official told Politico.

Such a distinction is likely a way for the U.S. to thread a delicate needle in targeting individuals or businesses enabling military sales to Russia while attempting to preserve pathways for diplomacy with the Iranian government over efforts to revive the 2015 nuclear deal.

“The door for diplomacy will always remain open, but as of now we don’t see a deal coming together anytime soon,” Jean-Pierre said. “Meanwhile, regardless of the nuclear talks, we will continue to confront Iran’s behavior in the region.”