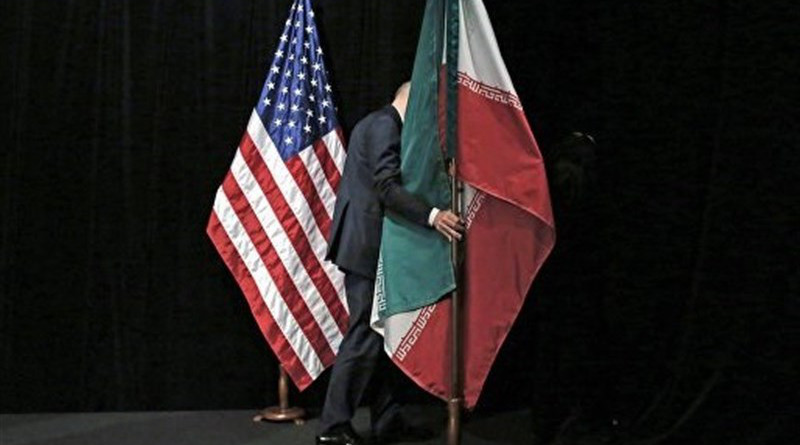 Iranian demonstrations have continued in several cities, with protesters demanding the end of the Islamic Republic’s radical regime, while the authorities use deadly force to clamp down on the protests. In less than a month, the casualties have reportedly reached more than 100, with thousands arrested and internet access restricted.

On Saturday, EuroNews reported that “a video was posted by the Norway-based organization Iran Human Rights purported to show protests in the northeastern city of Mashhad, Iran’s second most populous city, with demonstrators chanting ‘Clerics get lost’ and drivers honking their horns.”

Several videos have circulated on social media platforms showing Iranian women being harassed, dragged in the streets, beaten and arrested.

According to the New York Times, Iranian security forces killed two female teenagers after they joined the widespread protests. The bodies of 16-year-olds Nika Shakarami and Sarina Esmailzadeh were returned to their families bruised and disfigured, the newspaper added.

A new wave of anger was sparked on social media after the release of a video clip of Iran’s anti-riot police sexually assaulting a female protester during her arrest in broad daylight. A large number of angry Iranian citizens and activists demanded justice for the victim and the resignation of the police chief.

With all his crimes and human rights breaches, Iranian Supreme Leader Ali Khamenei, who to this day maintains his presence on Twitter, said on Friday that nobody would dare to think of undermining the Islamic Republic.

Nevertheless, a day later, Iranian Foreign Ministry spokesman Nasser Kanaani accused US President Joe Biden of interfering in his country’s internal affairs. “Biden interfered in Iran’s state matters by supporting the riots … In recent days, the US administration has tried desperately to inflame unrest in Iran under various excuses,” he said

From California, Biden expressed support for the citizens, particularly the brave women of Iran, adding: “It stunned me what it awakened in Iran. It awakened something that I don’t think will be quieted for a long, long time.”

So, what can Biden do to support the protesters in Iran? What about the international renegotiation of the Joint Comprehensive Plan of Action, commonly known as the Iran nuclear deal?

State Department spokesperson Ned Price said last week that the deal is “not our focus right now,” adding that the administration is focusing on supporting the protesters in Iran as efforts to restore the nuclear deal have hit yet another impasse.

I have never thought, even in my wildest dreams, that I would urge the Biden administration to go back to the indirect negotiations with Iran. However, I believe the attitude outlined by Price is a big mistake by the US State Department, and here is why.

In order for the White House to erase its foreign policy failures, it must implement what it says, promises and even warns of. What is the US planning to do to stop the aggression of the radical Iranian government? The answer is nothing. Hence, Price’s answer was based on the administration’s previous reaction to what the rogue state had been doing, such as physically and verbally attacking its opposition, including American citizens in their own country or abroad.

Dictatorships are planning to make a new world order to stand against all freedoms and democracy. Any US threats or promises will no longer work — not that they did before — unless the Biden administration, which claims to lead the free world, exploits the nuclear talks for the benefit of the Iranian people. It should create new leverage that Washington could use to pressure the government of Iran before it is too late.

The Iranian Ministry of Foreign Affairs last year published statistics showing that 1.5 million Iranians who were born in Iran are now living in the US. Iranian Americans need to demand a firm stance from this administration, instead of relying on lobby groups such as the National Iranian American Council in Washington.

And President Biden must go back to the nuclear negotiations to save the Iranian freedom fighters.